"I live my life by one rule and that's the rule of Elmore City, Oklahoma." ~Cody 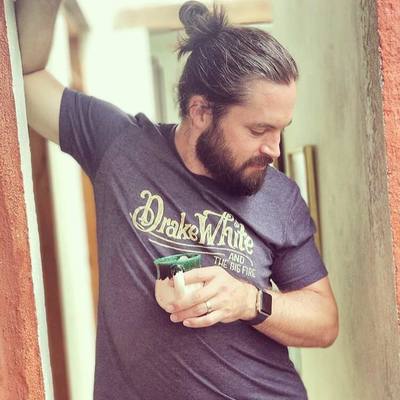 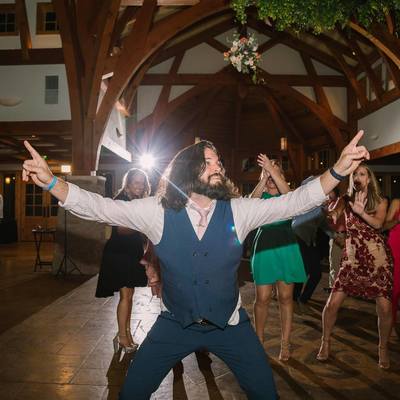 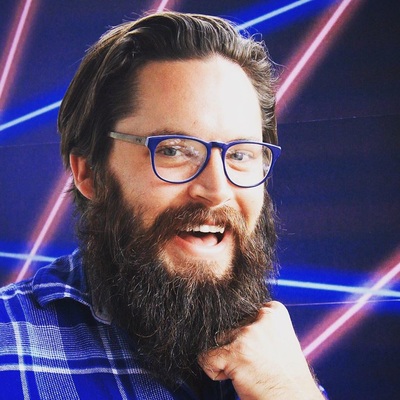 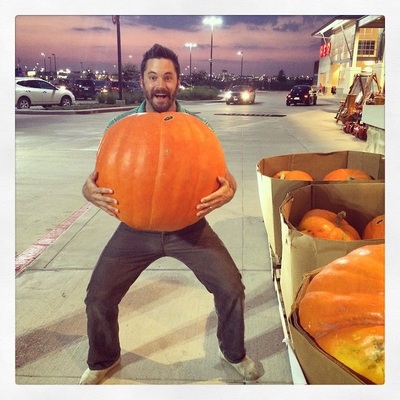 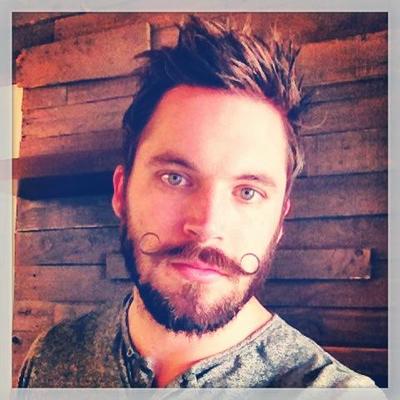 Keep up with Cody on social media
#CoDiy  |  #CodyLovesJeannie
This is my husband Cody and the 5 photos at the top are a pretty accurate depiction of who he is.  His name should be spelt CoDIY because he's either in the building, re-building, or designing stage of a project {which is why I married him... for the free labor}.
We met in 2004 during MLB's All Star Week and it's a tale old as time:
Boy is working the door at a pub as a favor.  Girl notices boy and shamelessly eye flirts from across the street.  Then, ever so coy, Girl approaches Boy and yells, "HEY BOY!  WE LIKE YOUR HAIR!"  Which leads to a 6+ hour phone conversation where Boy tells Girl he's going to marry her one day.  it's the classic fairy-tale *wink, wink*

*Cody proposed to me in the most perfect way, to view how he popped the question click here, and to ​see & our nuptials here*

01. He has a collection of levels, flashlights, & buckets
02. If something is hidden under anything {and I mean anything}, it's lost forever
03. His Mustache; people come over and strike up conversations, like when we're shopping for apples (It's now all about the beard, see his "Beard Q&A" below!)
04. Currently he's rebuilding our 1974 Ford Bronco
05. He loves Socks {some have a matching pair of briefs}
06. The kid has mad "Booty Pop'n" abilities
07. Craft beers are his preferred choice
08. Bourbon is always a good idea {Old Fashions to be exact}
09. Forget about hearing him re-tell a truly funny story because he laughs uncontrollably the entire time {which is usually better than the story}
10. He went from being a Welder to IT
11. 3 words to describe him: Creative, good-look'n, & funny
12. He was deemed Best Dressed at his High School
13. His tagline/quote up at the top comes from an instant message He & I exchanged:
-Cody: no shi chacha
-Jeannie: what the hell are you saying; wait, no she-ka-ka?
-Cody: hahahaha, yea, cha cha... ka ka, same thing
-Jeannie : cha cha is a dance, kaka is poop.  get it right
-Cody: well, no cha cha either.  “i live my life by one rule and that's the rule of Elmore City, Oklahoma.”
-Jeannie: HAHAHAHA!!!  WHAT?!!!
-Cody: the city footloose was filmed in

Q: Doesn't that drive you crazy?
A: No, being a man has not yet driven me too insanity.
Q: Did you grow that because of Harden or Keuchel?
A: No I didn't. I've had a beard probably before they started shaving.
Q: Are you growing that for Movember?
A: No, If you know of any man that can grow this in 2 weeks I want to meet that Greek god!
Q: What are you going to do for Movember? {In October}
A: Hmmm I don't completely understand the question... I'm gonna just continue not shaving.
Q: How longer are you gonna let it grow?
A: I will continue to grow it, but I will also continue to shape and keep it clean.
Q: Aren't you worried about fecal matter being in it?
A: Hmm no because I bath daily and own shampoo. I also don't rub poop in my beard.
Q: Are you trying to be one of the "duck dynasty guys?
A: Absolutely not... Unless that means I get paid like they do.  Also I only wear my camouflage when I go hunting, not in everyday life.
Q: Can I touch it?
A: Not sure way you want to touch hair but if it make you go away then sure, go for it.
​
​"Seriously, thank you for noticing my majestic face mane!" ~Cody